Abbey Road on the River 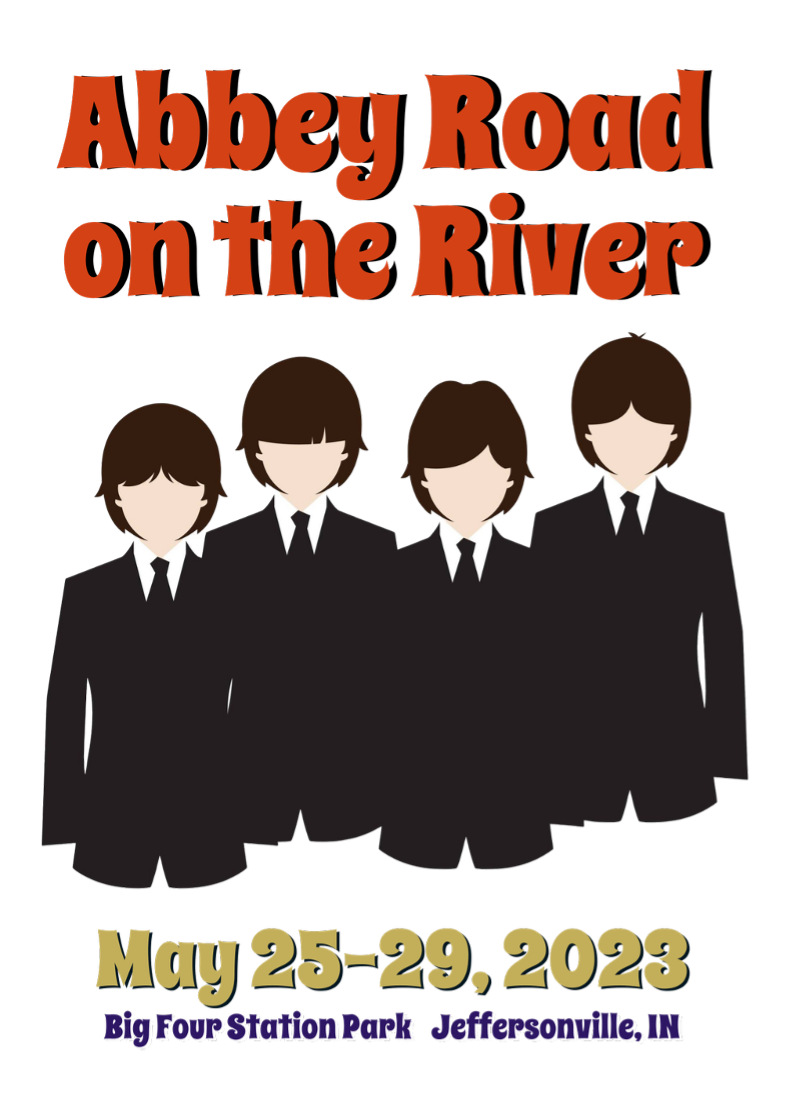 The world’s largest tribute to The Beatles, Abbey Road on the River, will take place this Memorial Day weekend, May 25-29, 2023. Held at the Big Four Station Park in Jeffersonville, IN. Attendees will enjoy over 250 Beatles and 60’s themed concerts performed by 50 different bands from around the world. Attendees can also enjoy a Beatles-merchandise marketplace, on-site food and beverages, retail and craft vendors, interactive art and a kid’s area.

Abbey Road on the River debuted in Cleveland in 2002, then was held in Louisville from 2005-2016, and moved to Jeffersonville, IN in 2017. Over the years, bands such as The Beach Boys, America, Jefferson Starship, The Zombies, ELO II (The Orchestra), The Grass Roots, Felix Cavaliere, Peter Asher and many more have performed at the event to celebrate and honor the music of The Beatles. Close friends and family members of The Beatles who have participated in the event include original drummer Pete Best, John’s sister Julia Baird, George’s sister Louise Harrison, long time secretary to The Beatles Freda Kelly, former Apple Records Exec Tony Bramwell, sound engineer Geoff Emerick, and the inspiration behind one of The Beatles most recognized songs from The White Album Dear Prudence, Prudence Farrow.

After successfully hosting two Covid-safe events last year, event organizers stress that the health and safety of patrons remains the number one priority. “The Covid safety protocols for May will be determined based on the CDC recommendations at that time, but we remain confident that our fans will be able to come together and enjoy themselves in a safe way at the event,” said Jacob.

Single and multi-day tickets are now available online. Use promo code WAVE to save 15% on tickets.