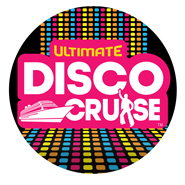 The disco sound merged funk, pop, and soul music. It created a musical movement and social scene for people of all different backgrounds to come together and share that dance fever worldwide. The music had a beat and message that made us get out on the dance floor and kept us out there all night. We’re bringing that movement to the high seas on the Ultimate Disco Cruise as we celebrate the dance explosion that was disco music. Get onboard and dance the night away as we hustle back to the late ‘70s and relive everything that made the disco era such a special time in our lives.

You’ll have Saturday night fever every night as the music and special themed parties and events keep you groovin’ at this nonstop party at sea. Dance ‘til dawn at the night club Studio 55 and interact with the superstars of the disco era at over 25 celebrity interactive events including panel discussions, wine tasting, artist Q&As, dance classes and more.

Just a few of the many disco superstars who have performed for us include KC and The Sunshine Band, The Jacksons, Kool & The Gang, Commodores, Gloria Gaynor, Village People, Sister Sledge, The Trammps featuring Earl Young and many more.